A Brief History of Gold

Gold is central to our lives here at Elite Luxury. It is at the heart and very essence of everything we do, so we thought we would take a look at how and why this naturally occurring mineral has captured our fascination for thousands of years.

The rarity of gold may have something to do with man’s obsession with this naturally formed precious metal, mined for thousands of years from within our very planet.

To date only around 244,000 metric tons of Gold has been discovered, 187,000 of that historically produced plus underground reserves of around 57,000 metric tons. All the gold discovered so far would fit into a cube 28m wide on all sides. The three countries who have produced the most gold in the world are China, Australia, and South Africa. 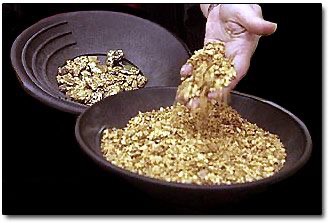 Gold has a history so varied that it may surprise you. Here is a brief timeline of humanities’ historical relationship with gold.

• The known history of gold goes back to around 4000 BC in Europe, where it was used mainly for ornamental, jewellery, and for worshiping Gods. It was probably first discovered in streams and rivers, glistening in the sun and catching the eye.

• Around 1500 BC the Roman Empire was the first to use gold as a commodity for international trading.

• Egypt created what was called the Shekel, a gold coin which weighed 11.3 grams. This became the standard unit of measure in the Middle East.

• Around 1200 BC Egyptians discovered that Gold could be alloyed with other metals. This made it stronger and allowed for other colour pigments to be introduced.

• The first minting of gold coins began in Lydia of Asia Minor around 560 BC.

• In 50 BC the Romans issued a gold coin called the Aureus. Hailing from the Latin word for gold, Aurum. This is where the gold chemical symbol of Au comes from in the periodic table.

• A thousand years later in 1066 William the Conqueror of Normandy became the first Norman King of England, and with his conquest came new metallic coin-based-system of currency in England.

• While at the same time across in Europe the Republic of Florence known as modern day Italy issued the first gold Ducat which became the most popular currency and remained so for another 5 centuries.

• America struck its first gold coin in the 1787 by goldsmith Ephraim Brasher.

One of the most coveted and sought-after minerals on earth, man has always had a fascination and obsession from the time of the ancient Incas of Peru to the American Gold Rush which ran from 1848-1855. 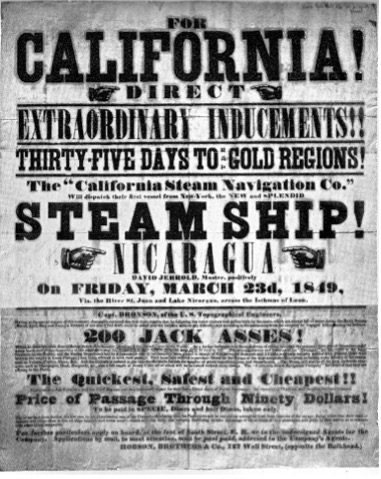 The Gold rush is a significant part of the history of gold because it produced one of the largest mass (international) migrations to one concentrated area in California, transforming the United States and changing the West Coast of America forever.

This led to the establishment of ‘boomtowns’, produced rapid economic growth and prosperity, and saw the emergence of new railroads, churches, banks and schools to accommodate the newcomers. 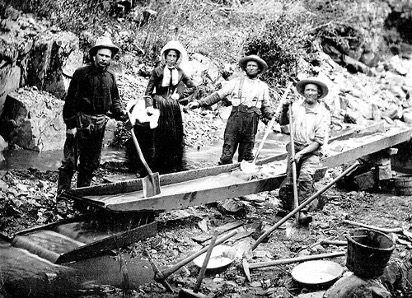 Prospecting for gold during the gold rush

Humans have traded and fought over gold for thousands of years and today it is used in everything from smart phones to medicines and of course jewellery. Gold is also an essential industrial metal critical in computers, communications equipment, spacecraft, jet aircraft engines and a host of other products.

The most common uses of gold today are:

• Jewellery – around 78% of gold produced each year is made into jewellery.
• Finances and Investing.
• Electronics and Computers.
• Dentistry and Medicine.
• Aerospace.
• Medals and Awards.

Usage of Gold in the Modern World.

Whilst the earliest recorded use of Gold for medical purposes was in Alexandria Egypt over 5000 years ago, where it was ingested for bodily, mental, and spiritual purification. Today gold is used in a variety of ways for medicine and technology.

Gold Nanoparticles are at the heart of modern medicine, in testing, disease detection and treatment. Gold based drugs have been developed and used to treat illnesses such as Rheumatoid Arthritis for many years. Research is currently underway into the role that it can play in cancer treatment, enabling gold nanoparticles to directly deliver cancer drugs straight into the tumour itself. Plus, early detection in not only cancer but Aids/HIV too. 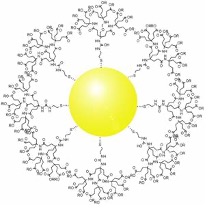 Used in many surgical procedure’s gold is the choice implant material for many surgeons due to its high degree of resistance to bacteria, such as the inner ear, wires for pacemakers and gold-plated stents used in treatment for heart disease. Without the use of gold many components in medical surgery would not be as effective as they are, including pacemakers and ventilators.

Being the world’s most reliable conductor makes it the best metal in use for Electronics and Aerospace.
Gold is resistant to rust and corrosion which makes it the perfect substance for Technology especially in sold state electronics. Circuit boards, mobile phones. It can be found in connection strips, connecting wires, soldered joints, and relay contacts.

When we think of aerospace and Nasa, we conjure up images of deep dark space with bright reflective equipment, often shining with gold, Gold is used in specific and valuable ways in Aerospace.

This very year 2021 Nasa will launch the James Webb telescope built with 18 reflective hexagonal mirrors each coated with a microscopically thin reflective layer of gold, using golds ability as a great reflector of infrared light. Not only is it used on the telescope but also on the interior workings of windows and external reflectors. Gold is also used in astronauts helmets. Particles of gold are embedded into the visor of the helmet, protecting astronauts from certain types of radiation and heat from the Sun. Gold even helps to keep astronauts cool! 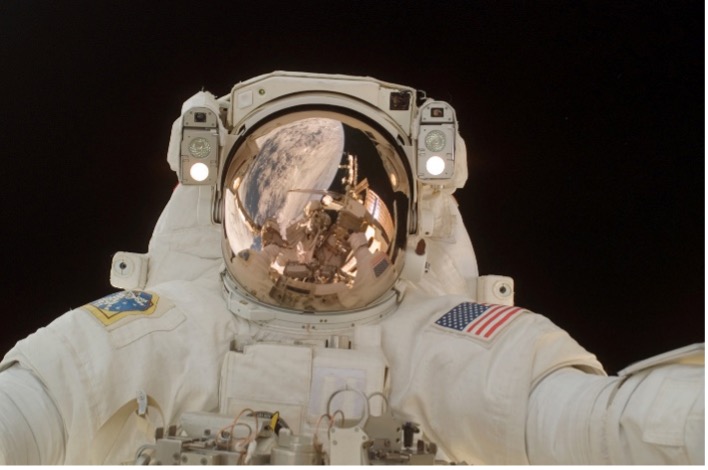 Gold is already being used in Green Technology, in Catalytic convertors to clean the vehicle emissions, but it is also being used to improve solar cell efficiency and to create better fuel cell catalysts.

One thing is for certain, gold is hard to replace and once used it is almost impossible to go back to using a substandard material. Emerging uses for gold nano particles include catalysts in industrial processes; pollution reduction in air and water; fuel cells and lithium air batteries and even invisibility cloaks.

Some recent experiments with nano gold by scientists in Australia have uncovered bizarre optical properties of a new material they call plasmene. One thing is certain, gold is here to stay and promises to provide a very innovative and exciting future.

Gold – Not Just for Jewellery
https://www.straterra.co.nz/mining-in-nz/importance-of-mining/everyone-uses-minerals/gold-not-just-for-jewellery

Share with your friends and family. Choose Your Platform!

From luxury gifts for her or luxury gifts for him, at Elite Luxury we have everything that you would ever need. We also specialise in gold plated & rose gold plated homeware and Swarovski Crystal fashion items. As well as gold plated gifts we also offer a restoration service for all of your antique and vintage items that need re-plating. We can also Swarovski crystallise a range of items. Our services are truly bespoke, so if you are looking for something extra special or a bit different Elite Luxury have got you covered.